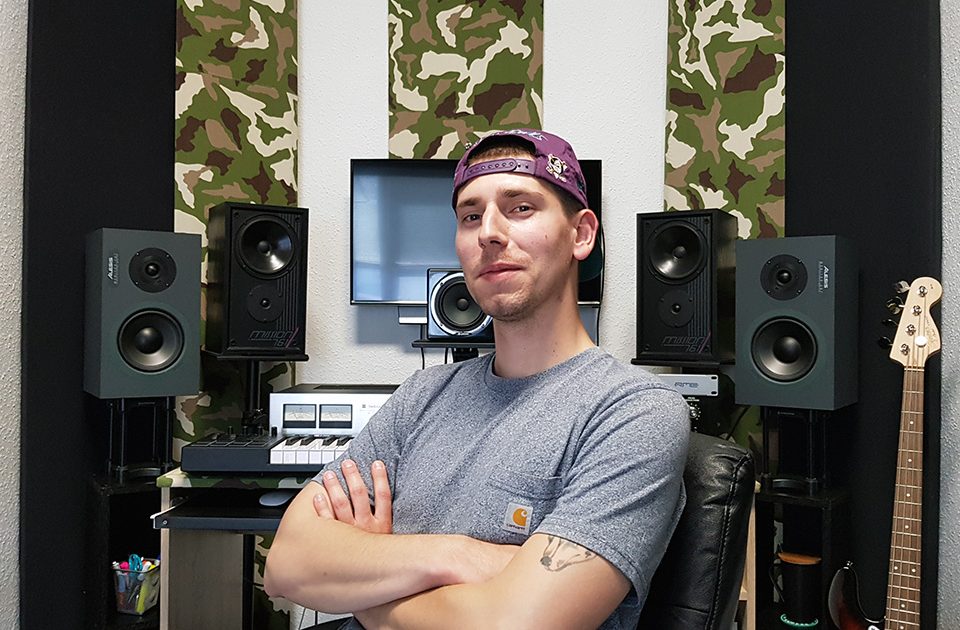 Todor Dobrev has discovered his passion for DJ-ing and music at the age of 14 when he managed to ruin the complete vinyl record collection of his parents. This passion has grown through the years and has materialized in him becoming a skillful DJ. Currently Todor has more than 16 years experience with various kinds of music, beat making and scratching. In 2009 he was admitted in NBU to study sound design. He has participated twice in DMC, one of the most prestigious DJ competitions. After graduating in sound design he has become one of the most sought-after sound designers for setup of various concert stages, but most notably funk, soul and hip-hop. He has created beats for multiple hip-hop artist using predominantly software like Ableton Live, CuBase, Logic and others. He is also working as sound engineer for various TV shows, cinema productions and theatrical performances.

In order to improve the quality of the service provided by us, this website uses "cookies". Those "cookies", which are classified as "Required" are stored in the memory of your browser and are essential for the normal operation of this website. In addition, we are using third-party cookies which allow us to analyze and understand how our website is being navigated and used. These cookies are stored in your browser only after you provide your consent. You have the right to reject consent or disable the third-party cookies, which may change some aspects of your experience when interacting with this website.
Necessary Always Enabled
\"Required cookies\" are those which enable the normal behavior of this website. This category includes only basic functionalities and security settings. These cookies do not store any kind of private or personal information
Non-necessary
This website uses third-party cookies, which allow us to analyze the site visits, quality of our services provided and help us improve the performance of our website. We do not manage the data which are stored on your devices and are processed by partners like Google, Facebook, LinkedIn and others. If you wish, you can disable and block these cookies.
SAVE & ACCEPT